Stephen Curry (Warriors): Well, it certainly was a great season for everyone.

Chris Paul (Clippers): Yeah, looking back on it, it really wasn’t all that bad.

Stephen Curry (Warriors): No, Chris. What I meant to say was: “it certainly was a great season for everyone…”

Stephen Curry (Warriors): ...unless you count EVERYBODY EXCEPT FOR ME! HAHAHAHA!

Deron Williams (Nets): You know, back in my day, a “great season” was…

Deron Williams (Nets): You kids don’t know how to act these days!

Chris Paul (Clippers): Anyways, as I was saying, I had SUCH a great season!

Chris Paul (Clippers): I led the league in assists for the second year in a row!

Chris Paul (Clippers): I was coming off four straight seasons where I led the league in steals!

Kawhi Leonard (Spurs): Yeah, wonder what happened to THAT streak…

Chris Paul (Clippers): SHUT UP. I led my team to the second round of the playoffs!

Patrick Beverley (Rockets): To answer your question, Mr. Curry: no, Mr. Paul did not win. He was unable to win the series against our team after being up 3-1. I still hold high respect for Mr. Paul, however, as it was an honor to compete against a player of his caliber.

Chris Paul (Clippers): No, nobody said that.

Chris Paul (Clippers): And I lead all point guards in not giving a crap.

Tony Parker (Spurs): And I lead all point guards in rings.

Chris Paul (Clippers): SHUT UP. I don’t need to take crap from all you Spurs players anyways. We beat you guys!

Chris Paul (Clippers): No, you idiot! I mean in the playoffs!

Kawhi Leonard (Spurs): Yeah that would’ve been odd. Because, you know, like…

Tony Parker (Spurs): We have 5 rings and the Clippers have 0?


Stephen Curry (Warriors): Back to the important people here…

Stephen Curry (Warriors): And by “people” I mean “me”.

Stephen Curry (Warriors): And by “me” I mean “THE ONLY OTHER POINT GUARD BESIDES MAGIC JOHNSON TO WIN MVP AND THE TITLE IN THE SAME YEAR!” WOOHOO!

Kyrie Irving (Cavaliers): I can’t believe I still have to listen to this.

Kyrie Irving (Cavaliers): You know, I had a pretty decent season myself. I was second to only LeBron in scoring in the East! I played very well until I got hurt! 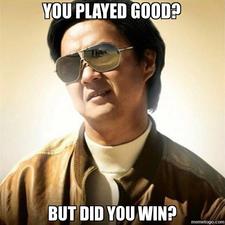 Jordan Clarkson (Lakers): Shut up, Thomas. The Lakers’ history is better than the Celtics’.

Isaiah Thomas (Celtics): I knew you were stupid, but have you really not figured out that 17 > 16?

Jordan Clarkson (Lakers): You won those in the ‘60s! They don’t even count!

Derrick Rose (Bulls): Let’s just agree that BOTH of your teams are trash right now.

Russell Westbrook (Thunder): WELL THAT’S ODD. Because I also lead the league in points per game!

Derrick Rose (Bulls): You’re not very good at bragging, are you?

Derrick Rose (Bulls): OUR team won our rings in the 90s. That’s more recent, and therefore more impressive than the Lakers or the Celtics.

Tony Parker (Spurs): What about a team that won their rings in the 2000s?

Rajon Rondo (Mavericks): You weren’t even on those Miami teams, Mr. Lisp. **I** am one of the only ones here that has won a ring recently! ‘08, baby!

Jrue Holiday (Pelicans): Would “08” be the year you won the title, or how many points you score?

Rajon Rondo (Mavericks): Like you Peli-tards should be talking any smack. Holiday, you better watch your mouth or I’ll take your job next seasons in New Orleans.

Mike Conley (Grizzlies): Oh yeah, speaking of which, where are you thinking of signing, Rondo?

Rajon Rondo (Mavericks): Got it all worked out with the Lakers. Just agreed. Gonna make it official soon. LA here we come, baby!

Goran Dragic (Heat): Oh no, I took care of zees.

Rajon Rondo (Mavericks): Damn! YOU’RE signing with the Lakers! And they’re choosing you over me? I thought they already HAD their point guard of the future

Jordan Clarkson (Lakers): Uhh, yeah. They did. And they DO, as well.

Rajon Rondo (Mavericks): Damnit! Guess I’ll just have to sign with the Kings or something now.


Darren Collison (Kings): No, Rondo. This is MY point guard job.

Ty Lawson (Nuggets): Oh please, Darren COLLISION. Everyone knows that job is as good as mine once I get traded.

Brandon Knight (Suns): You guys can be a point guard duo!


Kyle Lowry (Raptors): Well, there were several of us that took the next big step this year. Superstardom, here we come!

Chris Paul (Clippers): And what’re YOU laughing at, Rose?

Chris Paul (Clippers): TELL ME ABOUT IT. Don’t you just hate non-elites?

Elfrid Payton (Magic): CAN THE BEST ROOKIE PG GET A WORLD IN HERE REAL QUICK?!

Jordan Clarkson (Lakers): Why is it that everyone here never ceases to annoy me?

Elfrid Payton (Magic): Gimme a break, Clarkson. You won’t even be a starter come next year. UNLIKE THE GREAT ELFRID PAYTON!

Michael Carter-Williams (Bucks): You think you’re hot stuff now, rookie, but you just wait. Trust me, I was the one blowing them away last year.

Kyrie Irving (Cavaliers): Just let me have it already.

Kyrie Irving (Cavaliers): You know, because like, I made fun of you for us advancing to the Finals against you guys and for you being injured all the time. But then my team lost in the finals because **I** was injured. So just make fun of me already.

Derrick Rose (Bulls): Oh no, I’m not going to make fun of you for that. I wouldn’t even say that what you said was true.

Derrick Rose (Bulls): Yeah. You guys didn’t lose because you were injured.

Derrick Rose (Bulls): Rather, you being injured is the only thing that even gave your team a chance. It allowed a better point guard to step up.

Jeff Teague (Hawks): Ladies, ladies, settle down. There’s no use in arguing over who is the second best team in the East.

Kyrie Irving (Cavaliers): Perfect. Then you don’t need to argue with Rose on that one, if you really think that there’s no use in arguing about it. You can be the fourth best team. Now leave.

Kyrie Irving (Cavaliers):  Remind me again who smoked who in the playoffs?

Jeff Teague (Hawks): Kyrie, the only thing that’s “smoking” were LeBron’s jerseys in 2010 when Cavs fans burned them!

Jeff Teague (Hawks): We’ll get you next year!

Derrick Rose (Bulls): Yeah, and so will we.

Kyrie Irving (Cavaliers): WE BEAT YOU TOO, ROSE-THORN!


Stephen Curry (Warriors):  DID SOMEBODY SAY MVPs AND TITLES?

Stephen Curry (Warriors):  ‘CUZ YA KNOW WHO'S GOT THE HARDWARE HERE?!

Stephen Curry (Warriors): No, you idiot. I meant Finals and MVPs!

Stephen Curry (Warriors):  No! REGULAR SEASON MVP awards, and the most recent championships!

Kawhi Leonard (Spurs): Yeah, that would’ve been odd. Because, you know, like…

Tony Parker (Spurs): We each have a Finals MVP award and Curry doesn’t? 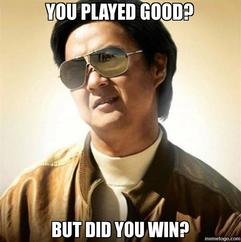 Note: As it is now the offseason and there’s not as much for the point guards to discuss, they will only be meeting to chat once every two weeks, as opposed to once every week. They apologize for any inconvenience.
Proudly powered by Weebly
© 2015 The Ball Blog